An Introduction (and Reintroduction!) to Applications    (1 review) 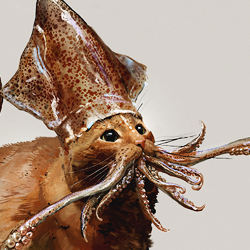 By Kit the Human (edited)

The applications we will cover are

Before we get into the nitty gritty, let us consider what an application at it's most basic, is.

An application serves to gate your community. It is about restricting what kind of members you will accept onto your site and it implies that you have a standard you have set that you expect people to meet. People who do not meet your standards are rejected or pended with the hopes that they will lift or change their standards to meet yours.

If someone meets your standards in an application, you would then accept them and welcome them into your roleplay. It is worth noting however, that this process is not fool proof. Writing an application is a different skill set to outright roleplay, and it is easy to write an application in such a way as to hide (or simply not mention) game breaking abilities. I have noticed that a number of administrators feel that just because a member has been accepted via application, it means that you can not ask that member to make changes to their character.

If a character turns out to be game breaking you can politely approach the player to make changes. Your other members will probably thank you because they wont be having fun either!

On the flip side are no application sites.

An application site can be thought of as a paddock surrounded by a fence. There is one gate and the admin will be standing there, assessing each person before they're let in. A good admin will continue to observe the people in their paddock for unsavoury behaviour, and will throw those people over the fence should they prove obstinate.

A no application site can be thought of as an open paddock where the admin keeps an eye on everyone who enters the paddock. If someone is being unsavoury, that person gets tossed out too.

A good no application site will still make their expectations clear. Their informational topics will cover if there is a minimum standard expected from a member's writing, if they're strict about third person and past tense and (in the case where experience in roleplay is not expected) will warn players against the three sins of roleplay: power playing, meta gaming and god modding.

You might choose to run a no application site for the following reasons:

The Advantages of No App

The Disadvantages of No App

As stated earlier, an application serves to gate the community by creating a point in which an administrator assess each person and their characters for suitability. This is most commonly done through the traditional application.

The traditional application is a form containing fields for the user to fill out. Examples of what those fields might be include:

Some traditional applications might also include some fields for the player to fill out. These fields are typically:

Some traditional applications are long and involved. Some might be nice and short. Some may include silly (and fun!) little fields like astrological sign or MBTI type.

What you include depends entirely on your site and what you want to be able to assess. The length and depth of the application is also reliant on what you require in order to ensure that you have all the information you need to make an informed decision on who to approve or who to deny or pend.

You might choose to have a traditional application for the following reasons:

The Advantages of Traditional Applications

The Disadvantages of Traditional Applications

A freeform application is just as it suggests, a place where the player can communicate whatever they want about their character in any way that they desire. It encourages a creative approach to the application and their approach might suggest more about the character than might be communicated through a traditional application.

Players can also simply include what information they feel is important about their character, ignoring whatever is unimportant or irrelevant. A player might choose to approach a free form application in the following ways:

And so on. The limitation here is only the player's imagination.

You might want to run a freeform application site because:

The Advantages of Freeform Applications

The Disadvantages of Freeform Applications

Shipper Applications are the hybrids of the application world and have gotten some bad press because of their name.

A shipper application is essentially a traditional/freeform application rolled into a plotter. However, because of their name, there is a misunderstanding out there that shipper app sites are focused on 'shipping' that is, the romantic relationships between characters. This is not necessarily true and if this type of application does ultimately appeal to you, you might consider rebranding your application as a plotter app.

Once the player has submitted their form, the administrator will typically move the form (thread) into a new forum.

The Advantages of Shipper Apps

In addition to the advantages outlined in traditional and freeform apps:

The Disadvantage of Shipper Apps

I mentioned earlier that they can be misinterpreted as being unduly focused on relationships, but also:

Traditionally in this section of the roleplay world, applications have been through threads. The admin provides the user with a template that they copy and paste, and then fill in details. This isn't the only way to do an application:

Depending on your software, you may be able to use an actual form for your application. For example, if you were an IPS user, you might use character mod. A myBB user might use the Form Creator extension. An SMF user would simply use the Arceus' Character Manager Mod.

Profiles, no matter the software, contain custom profile fields. As an admin, you can simply use these fields to create an application that is visible through the profile! No more needing to hunt down the application, you just click on the character's profile and have the information there.