How to Write an Effective Wanted Ad    (2 reviews) 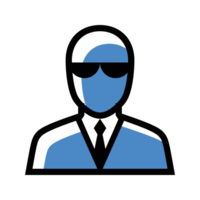 Wanted ads can be a tough thing to put to paper, so to speak. Sometimes, it's even tougher to get someone to take them. Here's some of my tips and tricks!

How to Write an Effective Wanted Ad

Wanted ads can be a tough thing to put to paper, so to speak. Sometimes, it's even tougher to get someone to take them. I've had a lot of luck with this tough even with complete strangers, so I'll share some of my tips and experiences.

I want to play my characters immediately, and I don't want to have to rely on someone else in order for mine to be playable. If that player poofs, I don't want my character to be completely screwed and left dead in the water. Likewise, it's not entirely fair to the other person to give them a character who can't operate in the world without yours. This is often something that keeps people from picking up wanted ads- there's no much room for the character to grow on their own without yours at their side. Where's the fun in that?

Don't overload the wanted ad with details about the character you're looking for. Condense the idea down into its simplest form and include only the most important parts. An example:

Looking for my character's childhood bully. They once put a snake in my character's lunch box and they've been afraid of snakes ever since. I want them to meet up again and see how they have changed.


This is good because you immediately put out there what you want: a childhood bully. You give a small glimpse into what the mind of this person might be like by including a prank that the bully pulled on your character which has stuck with them after all these years, and you establish what you want out of this character.

Let the Other Player Develop the Character

Another thing that drives people away from wanted ads is the fact that they can sometimes be extremely strict, or have too much detail.

Name: Acorn Fitzgerald
Age: 25
Gender: Male
Personality: Rude, aggressive, the kind of guy that would kick puppies. Is always late but was really popular with the teachers in school and always seemed to have a new girlfriend every week.
History: Moved to Hooverville when he was 12 and started bullying my character. He moved because his parents abused him and his uncle got custody of him. One time, put a snake in my character's lunch box and they've been afraid of snakes ever since.


You're deciding the name, age, personality, and history of this character. That doesn't leave a whole lot for the other player to decide for themselves, does it?

Be Willing to Talk it Out

If another person is interested in your ad but doesn't really know where to start, be willing to talk it out and figure something out with them! It wouldn't hurt to have a few ideas up your sleeve.

Is there something you would like to see a guide for? Reply to this topic with your request! Have something you need advice on? Contact me privately and I'll respond to it in my blog!