=) @Gota   Navigation and Layout - ... wow. Um. Lol - If you're going to separate the top navigation into different sections, don't do the same to your information forums. It looks 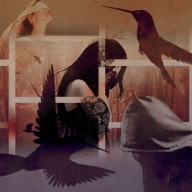 If you would be so kind, and if you have the time 🙂 http://darkmotives.jcink.net/

@jordan Before we get started, I'm going to note up here that as your site is running on Jcink, there are some accessibility/security/code/etc things that you'll never be able to completely fix.