When you've been ditched 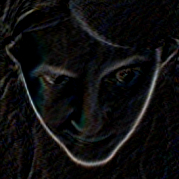 By Snickerdoodle,
February 16, 2019 in Roleplay Chat