Do you write your characters, or do they write themselves? 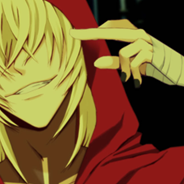 By Silhouette,
April 3, 2021 in Character Questions