What do you think is important in Roleplay? 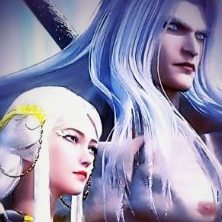 By The Supreme One,
September 22 in Roleplay Chat