What Are Your Characters Names? 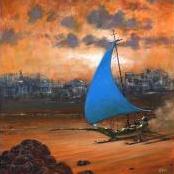 By Mistress Of The Obvious,
January 21 in Roleplay Chat