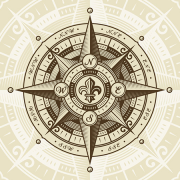 This coterie is for everyone who takes the plunge into world building. Discuss everything from map design to forum layout for your RP world.