Membership We've got a bun in the oven--- solved 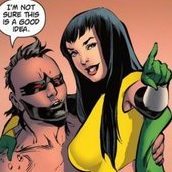