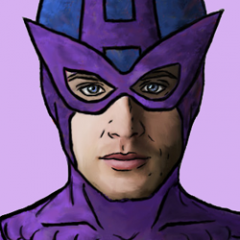 A quick guide what roleplaying is and the 3 cardinal sins of it.

How Do I RolePlay?

The concept behind roleplaying is quite simple. At the most basic, roleplay is done by two or more people taking turns expanding upon a story, whether verbally through tabletop games or textually through online text-based roleplaying. Tabletop games typically come with instruction books, informing players about the way their game is designed to be played as each one is designed differently. Online text-based roleplaying is the focus of most online roleplaying communities, and as such what I will be focusing on here.

Roleplay can start multiple ways, but usually starts from a character idea or a plot idea. In the case of online roleplaying what follows is usually the search for a place to instigate this character or plot, although it can also happen the other way around with discovering a place to roleplay first and coming up with characters and plots second.

Although roleplay takes place across multiple platforms online, they all function essentially the same way, with one player posting a section of the story with their character and the next posting a section with theirs. This cycle is repeated until the storyline reaches its end.

In the case of most roleplay there are a few etiquette guidelines that participants are encouraged to follow, unless a prior arrangement has been reached.

Other than those three basic rules, each method of online roleplay and each individual roleplay site or group have their own guidelines and rules to follow, so one should always be aware of those!
Followers 0
Go to guides Writing Materials